A Journey of Change for Trabeang Treay 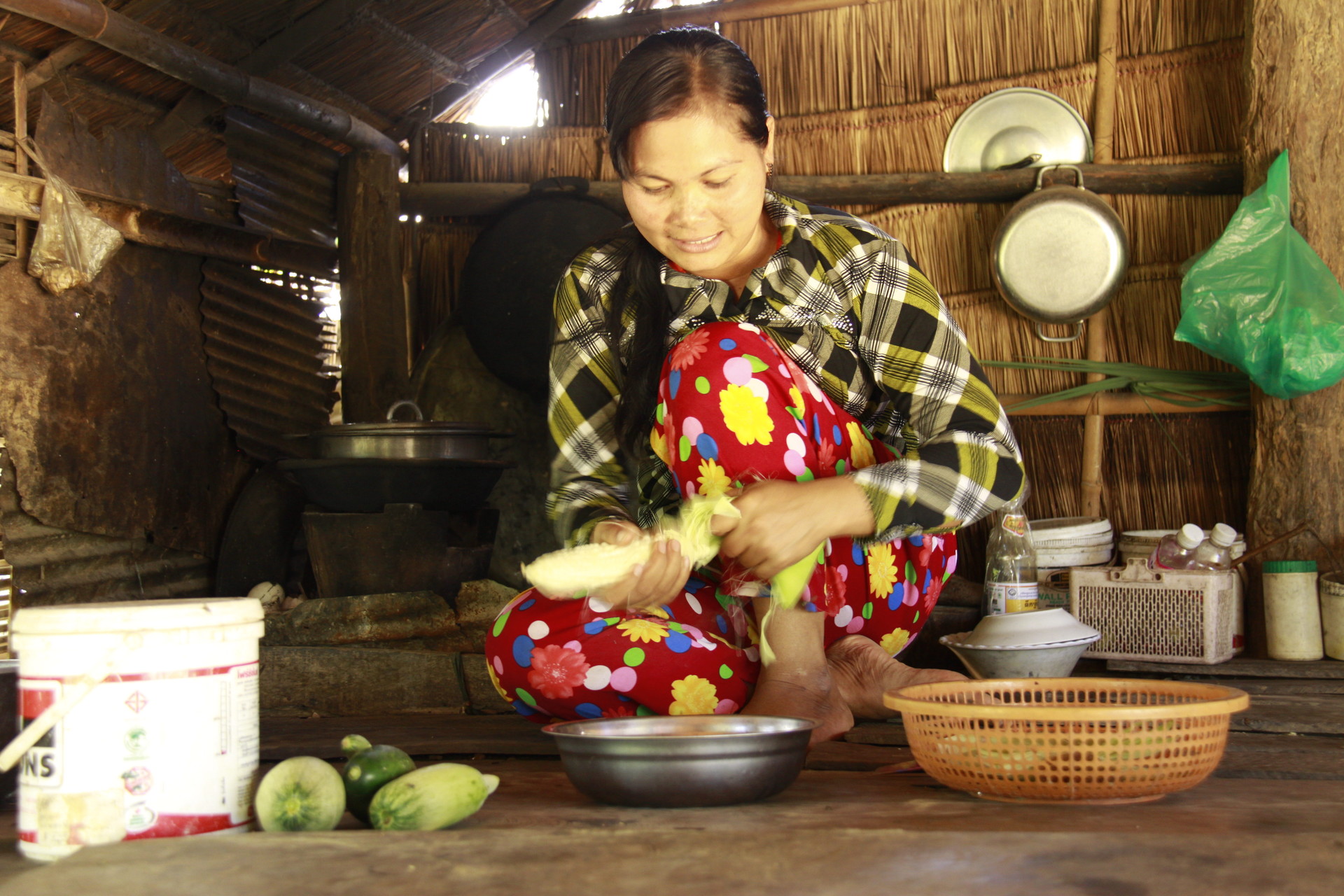 In October 2013, ACCIR’s Rebecca and Bandith Nhep begun consultations with the community of Trabeang Treay, in southwest Cambodia. Food security and water scarcity were highlighted as major concerns, among others. Here Rebecca shares just a few elements of Trabeang Treay’s remarkable journey of change and the way life has improved for people involved in the Village Life project.

Trabeang Treay is located in Takeo Province; a drought stricken area of Cambodia which lacks proper irrigation systems and, over the last decade, has experienced increasingly irregular rainfall patterns. The lack of access to water and irregular rainfall has a serious effect on rice crops and the livelihood and wellbeing of communities in the area, affecting their food security, nutrition, family income and livelihood.

ACCIR was able to partner with the Trabeang Treay community, and with the support of local leaders, to facilitate a process whereby the community began to self-determine the course of its own development.

One key example of this is permaculture farms, with 140 households now trained in permaculture farming. Of these households, 83 were not previously raising animals or growing produce and so were supported to establish permaculture farms, which ensures they have a year-round food supply – addressing food insecurity and malnutrition. The remaining households have been able to use the training in order to adapt, strengthen and increase the yield of their existing agricultural initiatives.

Initially, trainers were brought into the community to run sessions for between five to 15 families at a time. Over time, as members of the community have become experienced in permaculture farming, they have gone on to mentor other families and become the community trainers. This has been a significant part of the empowerment process as people discover not only their ability to help themselves, but assist others by sharing knowledge and skills with their community and surrounding communities.

Families have reported many benefits of the permaculture farming experience, including improved self-esteem and self-worth, which has subsequently had positive impacts on marriages and interpersonal relationships in the community. Additionally, families and individuals have reported experiencing greater confidence in their ability to initiate positive change, which has resulted in an improved outlook, and willingness to innovate, advocate and participate in broader community initiatives.

Other families have reported how they have been able to increase the number of ponds and scale of their farms to a point whereby they can sell produce and generate an income. This in turn has reduced debt levels, and resulted in increased positive choices, and a reduction in the number of people working in exploitative industries such as garment factories, illegal logging and irregular migration. Food expenditure has also decreased significantly, with households reporting an average 70 percent reduction in costs.

The community has also started a co-op whereby they exchange produce, as well as collectively trade with the markets and middle men. As a co-op, they are able to negotiate higher prices and are less vulnerable to price fixing and coercion. Also, their organic produce increases their marketability and improves their prices.

As a result of the collective action fostered through the permaculture project, the community development leader and the community grew in confidence to the point where, recently, they decided to advocate against corruption in their province in order to address a particular issue: water shortage. One half of the village had been cut off from their major water supply many years ago, when a community dam on communal land was taken over by a village leader who used his position and power to illegally privatise the land.

The community members decided to challenge the village leader and demand the dam be returned to the community so they could restore it and restore their access to water. They began the process of raising the issue and meeting with leaders from the local, commune and provincial government. They were successful and the transfer was formalised.

This existing dam on the land had fallen into disrepair, had been drained and partially filled in. The community worked together to formulate a plan to restore the dam, increase its size and capacity in order to address the whole community’s water shortage issues. The dam was successfully restored and families have begun the process of laying and connecting pipes to enable each family to have access to water at their home. This is a significant achievement which will benefit each family in the areas of health, hygiene and livelihoods.

Overall, Trabeang Treay village has made significant gains and had a very positive experience of empowerment through collective action and community-led development. The community as a whole is now positioned to continue to determine goals and work together for mutual benefit.

What the community says...

Today, 3,700 people are directly benefiting from this work in Takeo province. Here’s a snapshot of how involvement in the project is creating a better future for those involved.

“[The project’s facilitator] Pastor Khon brought teacher Mov to teach us how to breed fish and grow vegetables. So, at the moment, I am growing a lot of vegetables, like cucumbers, watermelon, bitter melon, cabbage and all kinds of herbs and beans. And all of the vegetables are more than enough to provide for our family and we can sell some too!”

“I have just recently harvested my first five fish since establishing my fish pond. I caught them the other day and barbequed them. They were delicious and dripping with flavour!”

“So many people have come to learn from us, both in this village and beyond. Some of them have followed our example and set up their own permaculture farms.”

“I am so happy that I received this training. I am overjoyed. So overjoyed. I now have knowledge to give my children and grandchildren ...”

To support other communities in Cambodia just like this one please follow this link to Village Life.