From a Beggar to a Manager 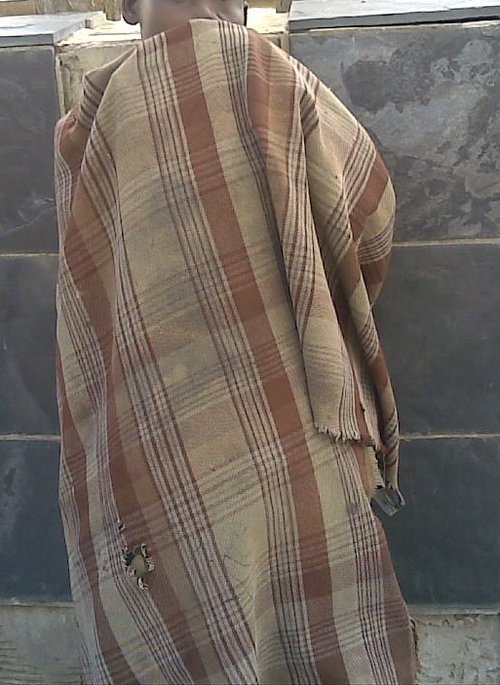 Joshua and Belinda Groves founders of Sepheo and project partners of ACCI Relief are passionate about seeing every child off the streets and living out their purpose in Lesotho. They do not treat the surface issues of poverty alone, but identify what has driven children to the streets and focus' there effort there. Joshua writes about one such young man who was found as a beggar but is now a manager.

"A few weeks ago, I was walking down the main street of Maseru on my way to a meeting. From afar, someone called my name and chased me down. It was one of our recent graduates from Sepheo School. He wanted to say hello. He asked if he could buy me a coffee. I said that I would have to take him up on his offer another day, as I was already late. Without a second passing, he pulled a wad of cash from his pocket and passed me a 50 Rand note ($US3.5/$A5) and said I could buy myself one later. This amount was enough to buy 3 or 4 coffees. Of course, I declined his offer of cash and promised we would get together for coffee soon.

As I walked away, I couldn't help thinking that a little over 3 years ago, this same boy was in the very same location, high on glue, chasing people down - Belinda and me included -  to beg for R0.50 or R1.00 (less that $0.05 or $0.10). Now, only just out of Sepheo School, this 20-year-old young man is managing a restaurant and a cafe. I marvelled at the transformation that I was privileged to witness over the course of a few years.

I did end up having coffee with him on a Friday afternoon not long ago. It was like catching up with a friend. To be honest, over the years, we had grown very close and we had watched him mature. He was part of our very first intake at Sepheo School, when we were really just testing an idea of educating former street children. Over these years, he learned to read and write and he developed a new identity and character. In 2016, his final year of primary school, he took a part-time job with a man who ran a busy restaurant and the main cafe in town. Mostly, he ran errands and loaded stock in and out of the truck. Over time, he proved himself dependable and he was given more trust. His boss was now overseas for a month and left him in charge. He was now the manager, responsible for running the business, and trusted with the credit card.

As we sat down for coffee, he made some recommendations from the menu that he wanted me to try. He insisted on paying and suggested we should do this again soon.

This story isn't about how wonderful our programs are. It's about a boy, now a young man, who was full of potential, even when no one noticed him, when he was despised and thought nothing of himself. We gave him an opportunity and he took it. He put the work in over years. When others gave up, he kept going and now he is living proof that it is possible to bring Excellence out of Poverty."

To find out more of how Sepheo creates avenues of change please click here!