Providing the Recipe for Change 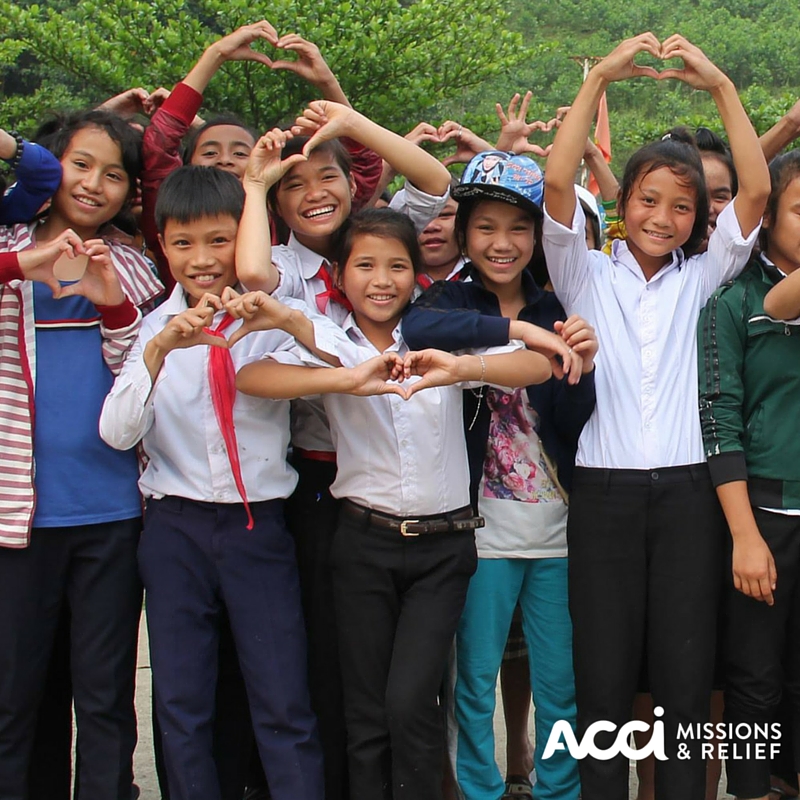 A passion to help prevent human trafficking led an Australian church to partner with ACCI Vietnam in the remote mountain communities of central Vietnam. Five years ago, Hope City Church (Brisbane and Toowoomba) started the journey with ACCI by working alongside a boarding school which services one of the most vulnerable communities in Vietnam. At the time, 89% of its students dropped out by the end of grade 9. The construction of a much-needed kitchen and a successive lunchtime program provided the ingredients for change. Its success led to Vietnam’s District Department of Education replicating the initiatives in six local schools, with more to follow.

Bruce and Marion Macaulay from Hope City Church, share how the partnership came about with ACCI Vietnam and Vietnam's District Department of Education...

“In 2011, we were asked to assist a struggling boarding school in central Vietnam, in a district where there is a known significant threat of human trafficking. Located near the border, the district is surrounded by thick jungle and is heavily populated by an ethnic minority group.

The area is already vulnerable due to its extreme poverty, lack of food security and limited access to clean water and sanitation, but its isolated location increases its level of vulnerability. Many residents experience poor health and an incomplete education.

We met with the principal, who was new to the school. At that time, there were about 150 students at the school from grades six to nine, 52 students of whom were boarders. Many students lived as far as a six hour walk from school through dense mountain jungle, resulting in inconsistent school attendance. Those who did attend were absent for a week or month at a time. Many children stayed away from school completely, simply due to the lack of facilities.

The principal was concerned about the children’s poor state of health, particularly the boarders. After the school finished for the day, the children had to fend for themselves and didn’t have access to proper meals. The principal showed us the school kitchen, which was an old pole shed with a rusted roof and dirt floor. The children were venturing into the jungle, risking snakebites, and gathering bush ferns to boil over an open fire, along with a small amount of rice and MSG. They were breaking up slats from their bunk beds to use as dry firewood and were in danger of getting burned.

After we discussed the issues with the principal, it was decided to fund the development of a suitable kitchen. Local builders constructed brick walls around the poles, laid down a concrete floor and connected a water and electrical supply to the kitchen. There was now a basic shell of a kitchen. Then in the following year, a specialized team from Hope City Church finished off the construction, tiling, installing gas fittings for the cookers and supplying rice cookers, cooking implements and other kitchen supplies and materials.

The Vietnam’s District Department of Education and Training then stepped in and funded the installation of the tables and benches in the eating space, which are still being used today. The Department also provided an ongoing monthly food budget of $20 USD per student at the school. Some strong local advocates helped to ensure the success of this work.

The wife of the chairman for the village’s People’s Committee used the monthly food budget to start a school’s lunch program in which the students were not only fed but also received hands-on training on how to prepare nutritious meals and handle food safely, using filtered water and a newly funded refrigerator.

The lunch program has been running for the past three years. As a result, more children are now coming to school and progressing on to high school too. The facility is well cared for and is a point of great pride to the community. The bunk beds remain in perfect condition, no longer required as a source of firewood.

This year (2016), there are now a total of 181 students (a 21% increase), 179 of which are from the local ethic minority group. Of these, 119 students are boarders at the school (a 129% increase).And three years later, there are 19 middle school graduates transitioning to high school (51% of students) and each year that figure continues to increase. These children from remote ethnic communities are now far less vulnerable to human trafficking.

We caught up with the school principal in March this year (2016) and he told us that due to the impact of the school kitchen and lunch program, the District Department of Education and Training has replicated the same initiative in six other schools in the same district, with many more slated for construction. These schools have kitchens with a similar layout and the same lunch program. They have caught the vision, and are rolling it out, making life better for significantly large groups of vulnerable mountain children."