I volunteered in an orphanage and why I think you shouldn't.. 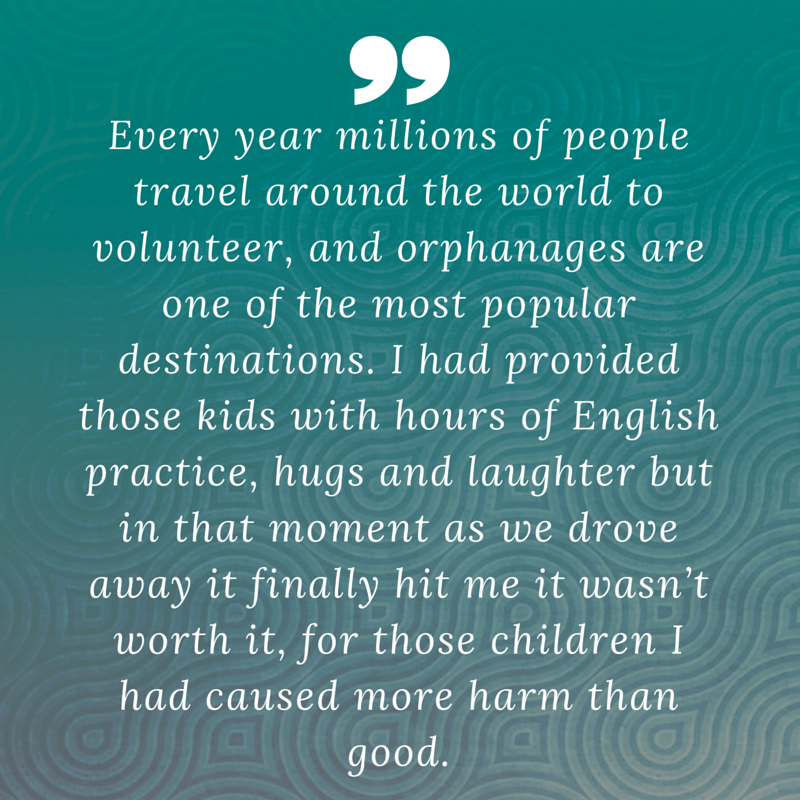 As we drove away we could hear the sobbing of children fade off into the distance. Just moments ago their fingers were being pried away from the sides of the jeep as we tried to make our exit. Some children stood in silence with blank stares while others wept uncontrollably.  We sat in the back of the jeep in silence as we tried to process the scene that had just played out. One of my fellow volunteers broke the silence by simply saying “What have we done?”

What had we done? We had spent 6 weeks playing, teaching and caring for kids living in a children’s home in the Philippines. Every year millions of people travel around the world to volunteer, and orphanages are one of the most popular destinations. I had provided those kids with hours of English practice, hugs and laughter but in that moment as we drove away it finally hit me it wasn’t worth it, for those children I had caused more harm than good.

Six weeks earlier, when we arrived the scene was vastly different. As our jeep entered the gates the kids ran towards us, smiling, squealing and hugging us the moment we stepped out of the vehicle. Over the next few weeks I had an amazing time walking the kids to school, helping them with their homework while also planning for child rights training we would run with kids from local schools. From a young age I can recall hearing about the orphanages my church and school supported and listening to the stories of returned missions teams. I dreamed that I too could be one of those people going out to ‘change the world’, which was presented from the platform as being relatively simple, unambiguous and rewarding. And now here I was at 19 years old experiencing what I had once dreamt about. However achieving ones dream always comes at a cost, what I didn’t know yet was there was a cost to reaching this dream but I wouldn’t be the one to pay.

Slowly as the weeks progressed I began having more and more questions. It all began when a young boy started crying after he was caught stealing from my room. He was tired and ashamed and like most kids he wanted just his mum, he wanted to go home. The manager responded by saying that moving back home might be possible, which confused me as I thought that these children had no parents or were unable to stay with them due to abuse or abandonment. Why was this boy here if he wanted to and could potentially go home?

Questions like this kept nagging me during the whole trip. When each of us was given a topic to speak about at the training I was handling the ‘Right to Family and Alternative Care’. As I researched I found information regarding the damaging impacts residential care had on children. But these children in front of me were always happy, gave us long hugs and lived in nice buildings on a beautiful property. How could this place be harmful to children?

During the trip we had a home stay in a nearby village where the kids there ran from house to house freely greeting different aunts, grandparents and cousins. There were no guards at front gates, young children sat on their mother’s laps and there was always a watchful eye of a nearby relative making sure the children were safe and happy. Life was so vastly different between that experienced by the kids back in the children centre. I asked myself, ‘Where would I want to grow up’?

As the trip continued more things began to concern me, such as the sibling groups separated, the favouritism the volunteers unwittingly showed certain children or the constant questions the children asked about former volunteers who had come and gone, promising to send letters that never arrived.

After our dramatic departure I could no longer silence the nagging feeling inside me that being part of the revolving door of volunteers in these kids lives was not in their best interest. Yes, these kids, many of whom had experienced neglect and trauma, needed lots of attention and care, but they shouldn’t have received this love that they so desperately needed from me. For as I turned back one last time as the jeep left the property I knew that I would never see those kids again. These kids needed people who could provide them with long-term healthy attachments. Instead in a matter of days a new group of volunteers would arrive and these children, so desperate for love and attention, would once again embrace them and be devastated as another jeep full of people drove away. I had become one more person in an ongoing cycle of abandonment for those children. 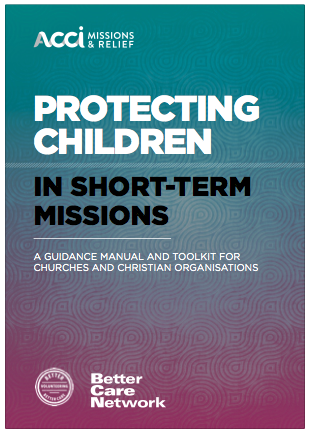 ACC International in collaboration with Better Volunteering, Better Care has recently released the ‘Protecting Children in Short Term Missions Manual and Toolkit’. By being a part of developing this manual I hope that it will help you and members of your church be better informed of the harmful effects of orphanage volunteering so you do not to make the same mistakes as I did. It comprehensively covers the biblical framework for protecting children and why ACC International, along with many other organisations across the globe, are calling for an end to this practice.

Please download the ‘Protecting Children in Short-Term Missions Manual and Toolkit’ here and use it as a guide to ensure your organisation or church’s STM program upholds children’s best interests. Together we can stop the harmful impacts that orphanage volunteering can have on orphaned and vulnerable children.