THE CAUSE: Have They Heard? 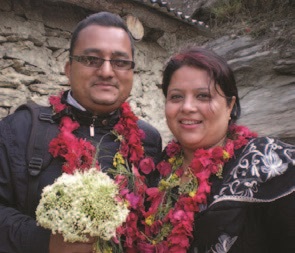 Outreach and Ministry Throughout Nepal

The church in Nepal frequently experiences some form of persecution. Recently, a church that was established by an ACCI partner Ps Ashok underwent a crisis in the northern part of Kathmandu. The church was attacked, and the building set on fire. Believers were beaten and kicked out of the village. The local pastor was detained for three days and nights. He was beaten severely and received significant injuries, and is still not safe from further persecution.

Ashok held an emergency meeting with pastors and leaders in Kathmandu. Some members of parliament and a minister also attended. Prayer for peaceful resolutions would be appreciated for this ongoing situation facing the church in Nepal.

Despite ongoing difficulties and struggles such as these, Ashok and his wife Romilia continue to expand and support Christian ministry throughout the country. They are significant leaders in this nation, and their work impacts multiple thousands of lives each year.

Throughout 2014, Ps Ashok saw great fruitfulness in his evangelism and outreach. Over 170 people were baptised and more than twenty Church fellowships have been established in remote, un-reached regions of the country. Four hundred New Testament Bibles have also been distributed in these regions. Ashok has held training conferences among 2,400 pastors and leaders of local villages. He considers this training to be essential ministry in Nepal, as oftentimes at the local village level pastors and leaders do not receive much teaching or support. Low literacy levels mean that many training resources - online or print - are inaccessible. Ashok receives requests from all around the country for teaching in this way.

Alongside this evangelical work, Romilia leads health and hygiene training in various villages. Many communities have gained life-saving knowledge about primary health care. Hospital use has increased in these villages, rather than continued traditional dependence on witch doctors. Ashok and Romilia have also received feedback that unnecessary deaths from preventable illness has decreased in these areas.

Thank you to all Australian partners who support this work directly, and those who give to the One Day campaign which has funded various activities of Ashok and Romilia.