THE CAUSE: Clean Water, A Foundation for Development 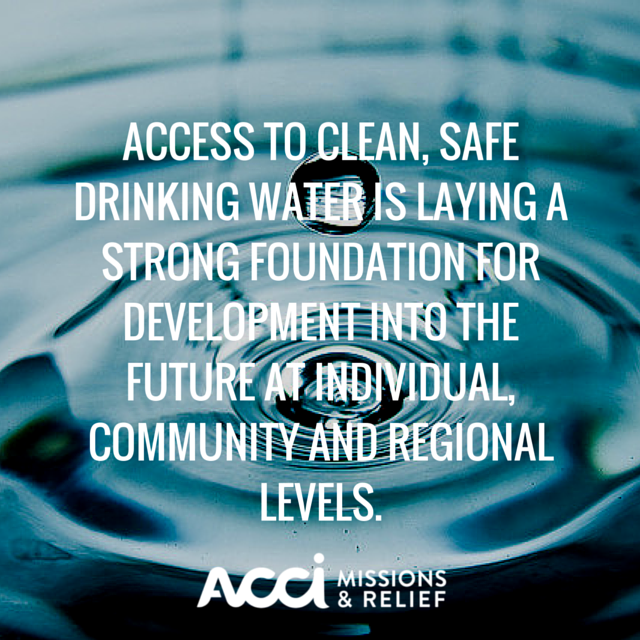 Positioned in the Mekong Region, the Lao People’s Democratic Republic (Lao PDR) is endowed with a huge supply of river and rain-water, yet only 65% of the rural population has access to improved drinking water. Even water from improved water sources are frequently unsafe to drink to due faecal contamination at the water source and during collection, storage and use in the home.

Lao PDR is considered a least developed country, ranked by the Human Development Index as 138 out of 187 countries. With a population of 6.2 million people, 66% of people live on less the $2 USD per day. The under-five mortality rate is 54 deaths per 1000 children, more than double the average for East Asia and the Pacific (World Bank, 2010). Faced with so many challenges and limited resources, the Government of Laos has trouble delivering basic services to its poor and highly-dispersed population (AusAID, 2010).

The rural population in Lao PDR mostly rely on surface water sources such as rivers, streams, rainwater and ponds for household use and drinking water supply. These sources are nearly always contaminated by humans and animals. Unboiled water and insufficiently cooked foods are the main cause of intestinal infections, sickness and parasite-induced weight loss and the high child mortality in the Lao PDR. Understanding the need to boil water prior to human use is also not as widespread as desirable.

TerraClear, an ACCI Partner, is the first and only organisation producing and selling affordable water filters for household use in Lao, primarily for at-risk rural populations. In addition, TerraClear undertakes health promotion activities, including WASH education, to increase understanding on the importance of clean drinking water and proper sanitation.

The filters are produced in Lao rather than imported, contributing to the local economy and skill base. Locally produced filters increase Lao national pride and self-sufficiency. TerraClear filters have been endorsed by the central Ministry of Health, and the organisation also provides ‘train the trainer’ education to government workers at the provincial and district level. TerraClear partnerships with government health, education, and clean water authorities extend the scope and penetration of filter use among rural populations who are otherwise difficult to reach.

Access to clean, safe drinking water is laying a strong foundation for development into the future at individual, community and regional levels.