THE CAUSE: People Above Profits: Saying No to Exploitation in Global Markets 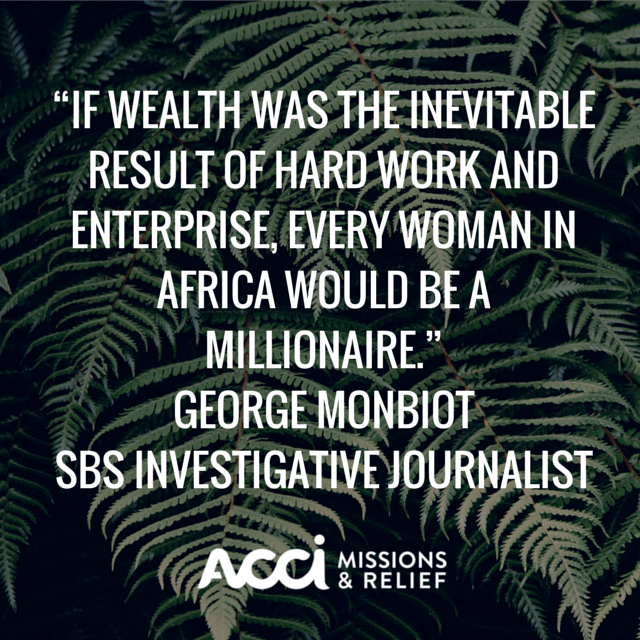 There is abundant food in the field of the poor, but it is swept away by injustice. - Proverbs 13:23

“If wealth was the inevitable result of hard work and enterprise, every woman in Africa would be a millionaire.” - George Monbiot, SBS Investigative Journalist

In Vietnam, the average rural farmer works long hours. He or she produces two yields of rice each year, using natural rainfall and irrigation practices. Their hard work produces large quantities of grain as they try to meet both domestic and overseas demand. Yet despite high yields and a large export market, entrenched poverty remains for Vietnam’s farmers. The high cost of imported fertilizers and pesticides undermines profit from increased crop yields. The mechanisms and ‘middle men’ that sit between producer and consumer also chew away at profits, such as collectors, millers, exporters and retailers. At the end of each year, the typical farmer will have earned only US$300 (1) - less than one dollar per day. And yet, multiple times more of the profit margin is taken by wholesalers and retailers, who typically use their position to demand even lower prices from primary producers.

So what’s the answer to the entrenched poverty that a Vietnamese farmer may be facing? We often imagine the chorus of response to be ‘economic growth!’ Although this is a necessary part of development, for many poorer countries and communities, economic growth via engagement in global markets actually exposes them to new vulnerabilities that can exacerbate poverty, particularly in an era where markets are becoming less regulated.

International markets are not an even playing field. Systems of unjust global business practice and economic activity enable concentrated wealth to fall in the hands of the powerful. In fact, there has been an increased rate of wealth disparity in the past few decades, to the point where presently the richest 85 individuals in the world earn more and own more than the poorer 50% of the global population (Oxfam (2)). Unless fair regulations are implemented - not only in developing countries, but also in the richest - economic growth via global markets remains an extremely uneven platform that is tipped in favour of those who are already prosperous and powerful.

This extreme accumulation of wealth to the lucky few is dependent on the poverty of many. It is possible because others in the production chain are denied their fair portion of profit, protection and compensation. When price and profit are the ultimate focus of economic activity, labour is treated as a commodity and individuals experience exploitative conditions. This can include:

In addition to physical risks and dangers, workers who are at the bottom of the production chain experience a highly insecure form of employment. This type of work is dependent on international foreign exchange rates, over which employees have no control. Big companies typically build their factories and employ staff where minimum wage is lowest, where regulations are least prohibitive, and where the exchange rate allows their international dollar to go further. With volatility in global markets, there is no security that these big companies will remain in-country. They are highly likely to relocate to wherever costs are less, and especially to where worker rights and regulations are weak. A shift in foreign exchange or resistance to unfair conditions could mean immediate unemployment for thousands in just one city, as industries move around chasing the cheapest and easiest operating environment available to them.

Those most vulnerable to labour exploitation and insecurity are those with limited land tenure, education and limited local employment options. Building safe and resilient communities, and developing skills for local livelihoods is an effective response to help address some of these vulnerabilities to exploitative labour that further entrenches poverty.

To continue reading our series on 'THE CAUSE: What is Poverty?'

Part 1: THE CAUSE: What does Biblical Justice Demand of Me?

Part 2: THE CAUSE: Defining Social Justice