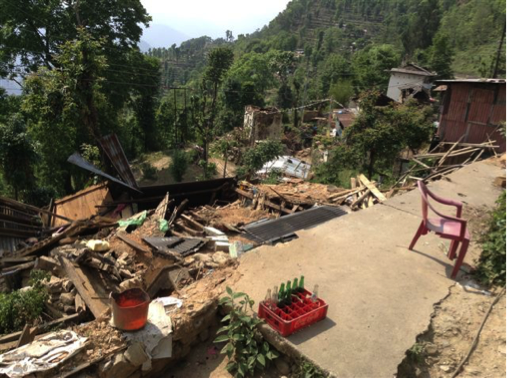 On 12th May, Nepal was hit by a major aftershock measuring 7.3 on the Richter scale. This aftershock caused significant further damage including destroying more buildings and triggering landslides. All ACCI Relief field workers and partner organisation staff have been accounted for after this aftershock. Many families have now been forced to once again leave their homes due to fear that their already damaged homes could collapse.

Project staff and volunteers have also reported significant emotional stress and trauma especially due to the anxiety caused by persistent aftershocks. Many are exhausted from the work they are doing, nights sleeping outside and the trauma of losing their homes and people they know. The need for secondary trauma counselling for staff and volunteers has been recognised and support is being provided.

The death toll from the earthquakes is now over 8,000, figures likely to continue rising. According to the UN Office for the Coordination of Humanitarian Affairs (OCHA), 8.1 million people have been affected by the earthquakes.

ACCI Relief's long standing partner Ps Ashok Adhikari and members of his church networks have been working tirelessly to assist many families who are in desperate need. Over 400 people have been provided with food and other basic supplies such as rice, cooking oil, salt and soap. 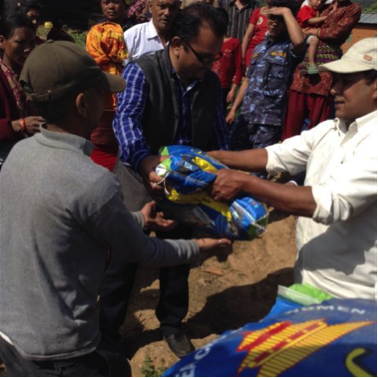 The need for basic supplies to assist victims is still huge with many people still struggling to find food to feed their families.  Ps Ashok and his team will continue to distribute supplies to many more people who have been classified as most in need.

In the coming days Ps Ashok will meet with leaders from 5 districts that were significantly affected by the earthquakes. In these meetings short and long term plans for relief and rebuilding will be discussed. ACCI Relief will work closely with Ps Ashok as he plans for the rebuilding stage. We are also organising a trained consultant in Nepal to work with Ashok to assist him with conducting further assessments and in planning effective projects for the rebuilding stage.

ACCI Relief is working with our fellow Better Care Network members, Next Generation Nepal. We are a network of organisations focused on the issue of children who lack adequate family care, working towards reducing family separation and supporting family based alternative care.

Assessments have been conducted to determine levels of unaccompanied and separated children. Teams have conducted assessments in 16 displaced persons camps and hospitals in the Kathmandu Valley. They have also interviewed 626 families in Sindhupalchowk district. The teams have so far found no cases of unaccompanied children and few cases of separated children. In Sindhupalchowk only 4 cases of double orphans and 33 cases of single orphans were found with all double orphans living with other families (next of kin or friends). Data collection teams also distributed food, water, medicines to the most affected families.

Help desks were established in Chautara and Barabise where data could be collected and information could be provided to local families or families transiting through these towns, raising awareness of the risk of trafficking and child displacement. Each of the 626 families assessed and local leaders have been counselled on the importance of family preservation and the potential risks from traffickers.

A Child friendly Space (CFS) has been established in Barabise which provides a safe area for traumatised children to be cared for and occupied during the day when their parents are engaged in important work such as rebuilding, seeking medical care etc. The aim of the space is to prevent children from being left alone and therefore at high risk of being trafficked. Children are also provided with snacks, toileting facilities and opportunities to address their trauma through games and access to counselling from a trained psychological counsellor. Overall, the CFS supports rehabilitation and family preservation. 96 children have been registered and are currently using this space. 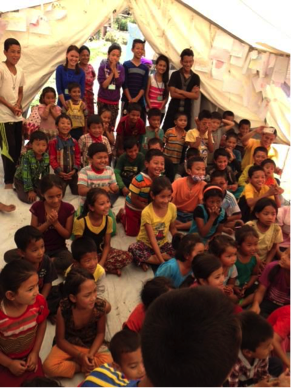 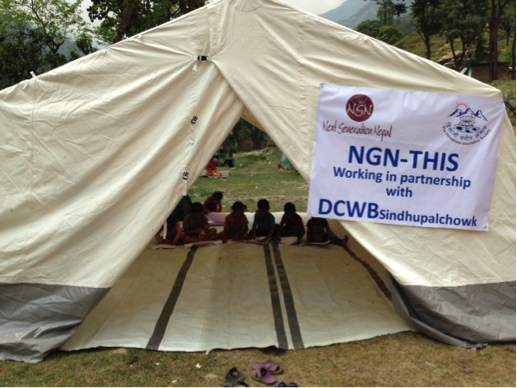 Work has also been conducted to raise awareness in donor countries of the links between aid, voluntourism and institutionalisation and trafficking.  The aim is to influence the choices that donors and volunteers make as to how to support the relief effort, as well as influencing Government policy. This has included project staff being interviewed and quoted in numerous newspapers including the BBC, The Guardian and The Australian.

The monitoring and recording of cases of possible trafficking or displacement of children from rural areas into Kathmandu for purposes of institutionalisation has also been conducted. So far, due to well enforced Government policies, as well as the low number of unaccompanied children there have only been a few cases for concern.

In one case, 22 children from Rukum were found in a tent with a man without clear information of where the children came from or why they were with him. The children were removed to a transit home and psychologically assessed. We are encouraged that cases like these are being dealt with correctly and quickly.

While initial findings suggest very low numbers of separated or unaccompanied children, there are significant concerns that this will not last once the monsoon season begins, families’ stamina decreases and hardship increases. This is the time when families will be most vulnerable to trafficking and when it may be hard for the Government to maintain their effective gatekeeping procedures with priorities shifting to rebuilding infrastructure.

Therefore, a concept to implement a series of child friendly spaces in at-risk villages in Sindhupalchowk is currently being developed. The child friendly spaces will be beneficial to children and families in their own right, but they will also build the trust of local communities so that we can develop other anti-trafficking interventions, awareness and support.

This project will ultimately be about family preservation and addressing the key risk factors that may lead to family separation. This may include implementing projects to strengthen families by assisting in the re-establishment of livelihoods, rebuilding of housing, ensuring food security and helping children return to school.  We anticipate this project lasting for at least 3-6 months, and possibly longer, if necessary. This concept is being developed now with the hope we can begin intervention within the next three weeks.

Medical teams are continuing efforts to treat patients and reach remote areas to provide medical aid and relief supplies. Since there is little infrastructure left in most areas, the teams have had to treat victims outside, on the back of the hospital vehicle and under makeshift tents. 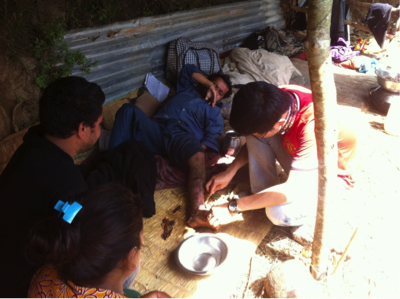 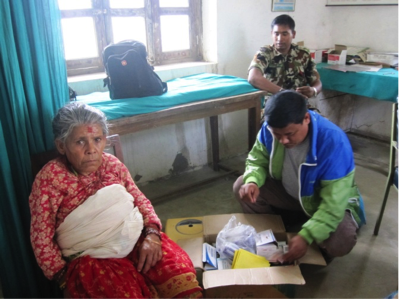 Anandaban hospital has treated over 1,200 casualties from the first earthquake and a further 42 victims after the second earthquake. After the second earthquake, hospital staff were also forced to leave the wards once more, and treat patients in tents to ensure their safety. The hospital has now become a place where patients requiring reconstructive surgeries, prosthetics, orthotics service and nursing, and rehabilitation are being referred to. 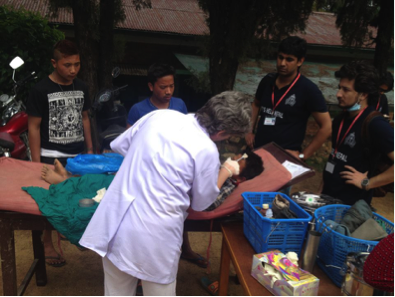 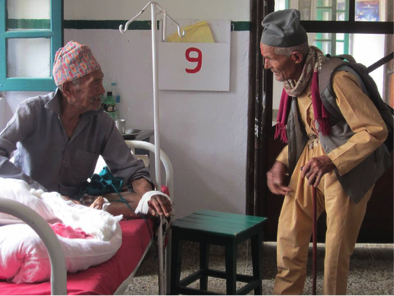 More medical teams are being mobilised to be dispatched to six more affected districts. Anandaban Hospital will continue to provide medical care to those affected.

To make a donation to the Npeal Earthquake Appeal, click here.